Carly Rae Jepsen's newest album: Dedicated Side B - out now!
left-align-smallRead about link-smallListen
Wiki overview
Welcome to the Carly Rae Jepsen wiki, a collaborative information resource for all things related to Canadian singer-songwriter Carly Rae Jepsen. Anyone can edit and contribute to the wiki, so you're more than welcome to make an account and join in, or to simply browse, discover, and add to your knowledge!
Please be sure to follow the wiki policies whilst editing. If you have any questions, feel free to contact an administrator here as they'll be happy to assist, or pay a visit to the community help page. Not sure where to get started? Check out a few of our categories here:

About Carly Rae Jepsen
Carly Rae Jepsen is a Canadian singer-songwriter/musician, and actress, born November 21 1985 in Mission, BC. Jepsen began writing music when she was a teenager, and has so far released five studio albums and two extended-plays during her career.

After placing third on Canadian Idol in 2007, Jepsen has since gone onto become a multi-platinum Grammy nominated artist, boasting mass critical acclaim for her work and having a Diamond certified single, Call Me Maybe, which has sold over 20 million copies worldwide.


Jepsen is currently working on her sixth studio album, still yet to be announced, with a release date expected in 2022. The project has been ongoing between 2020 and 2021, and is known to feature disco, jazz, and funk influences. Stay tuned to the Carly Rae Jepsen wiki for new information as it becomes available! 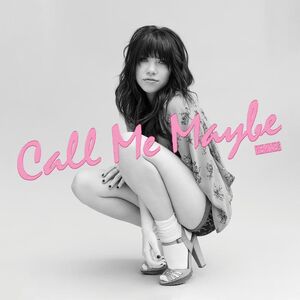 Call Me Maybe (Remixes)
The Call Me Maybe remix EP has been reissued for its tenth anniversary. Click the image to read more!
Music
Community content is available under CC-BY-SA unless otherwise noted.
Advertisement